When we got to actually see our first Krogdahl cylinder head in the flesh we were kinda blown away that something we here at Aussiespeed had discussed had been done before many years ago. We were not going to go the exact way that the Krogdahl was developed. We were and still are looking at an over head valve cylinder head that could be used on a mild street engine through to a competition engine. 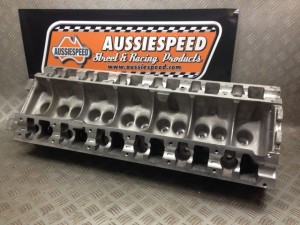 The cylinder head has 2 spark plugs per cylinder, an engine with twin plugs is what is used in the aviation industry. Bob told us that the engine can idle as low as 600 rpm and was much smoother when run with a twin ignition system. A distributor is fitted in the valley of each of the camshafts and is timed to fire on the compression stroke. Later model Krogdahl cylinder heads went to computer controlled ignition. 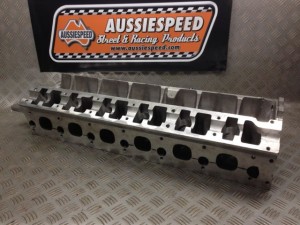 The port design was very much the same as later model cylinder heads the shape of the port and runner was being used back when we were still  young boys. The head is symmetrical and  either side can be used for intake or exhaust manifolds. 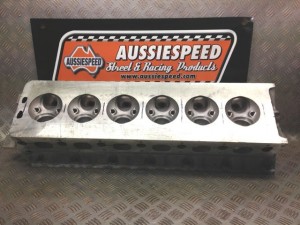 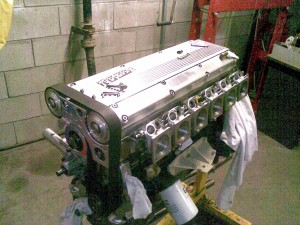 One of the proto type engines. The fuel injection manifold has twin electronic injectors and with 6 throttle bodies and 2 injectors per port the engines fuel requirements could be handled better at high rpm and when used with a quality computer the fuel curve could be adjusted to deliver optimum performance. 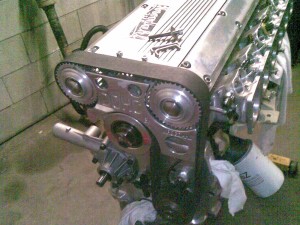 The camshaft drive belt as used on the Krogdahl engine incorporated its own belt tensioner. A timing cover was also cast to suit the Ford 6 engine that made up part of the cam drive. 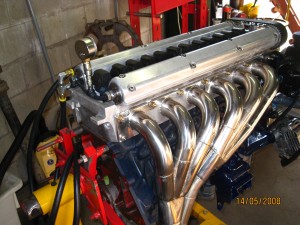 Different styles of valve covers were cast for the Krogdahl engines, these ceramic coated headers were also designed and built to suit the Krogdahl head to fit Falcon and Mustang body styles. As you can see the picture was taken in 2008. 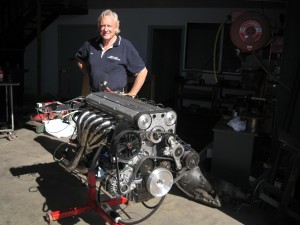 An old picture of Bob with the Ford EA to AU style SOHC engine fitted with a DOHC head fitted to a Falcon engine a few years before he retired , Bob had traveled over 250,000 KM with the engine in one of his own cars.