Ever since i was a kid i was interested in cars and engines, i think i brought my first car magazine at around 7 years old i borrowed books from the library and found myself reading car magazines, Street Machine & Van Wheels, Performance Street Car, Custom Rodder, Vans Utes & Trucks, Street Rodding just to name a few. As well as technical books related to cylinder heads, engine performance, cams and valves, superchargers the list went on.

One issue that i do remember was about a guy in Townsville who had designed, refined and built his own DOHC, hemispherical, crossflow design twin spark plug cylinder head that could be used on a few different inline 6 cylinder engines. That guy was Bob Krogdahl, It was in 2014 after trying to track Bob down for a few years that we first made contact and after many phone calls regarding the tooling, patterns, core boxes and specialised machining tools some of which have been destroyed or gone missing a meeting was arranged. Bob is in his 70s and has been retired a few years and has many other interests now outside of automotive. Bob flew down to Adelaide and after some idle chit chat a large packaged was put up on the bench and there it was, an early casting that had many imperfections and was not able to be used on an engine. I had finally got to see a Krogdahl cylinder head in the flesh and to meet the man that made it all happen. 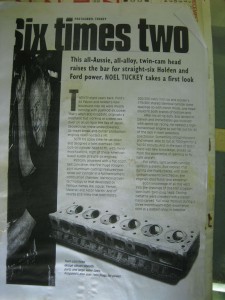 Page one from street Machine Magazine. Click on the picture to enlarge. 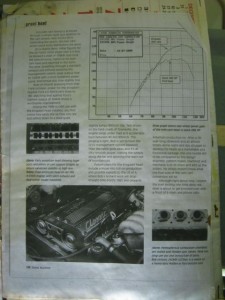 Page two of the street machine magazine, click on the image to enlarge.

It took Bob 20 years from when he first started the cylinder head to getting the first engine running, As Bob said the first head was fitted to a Holden red 6 cylinder engine fitted to a 6 cylinder sprint car. To start with they laughed and mocked Bobs idea but it wasnt long until people started to change there mind as more development and refinement was done and the sprint car be come a front runner. 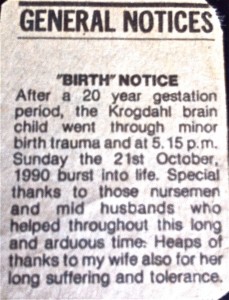 On Sunday the 21st of October at 5.15pm in 1990 the first Krogdahl cylinder head took its first breath, Bob tried to get it published in the birth notices in the local paper but wasnt allowed so it was put in the general notices. So it was 20 years in the development, untold amounts of money and no one kept a record of the hours spent over the 20 years.

The Video is of a later Holden 6 cylinder fitted with motec fuel injection and a Krogdahl cylinder head. This engine was one of the later engines built after many of the refinements had been done on earlier engine fitted with the Krogdahl twin cam cylinder head.

The knowledge, experience and theories of somethings that i was lucky enough to talk about in the time i spent with Bob was one of the highlights  of my time in the performance industry. Bob retired around 2004 and with only around 12 completed engines built the engines are some thing i would classify as rare. 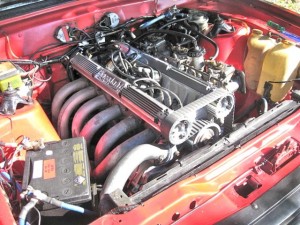 We have over 2000 photos and a few videos of the development and processes related to the Krogdahl head that we will be adding to these pages.